Another gem by Mike C. Tuggle found at the Abbeville Institute. Mike recently released a fine new novel AZTEC MIDNIGHT. Go to the links and experience the author's excellent writing. 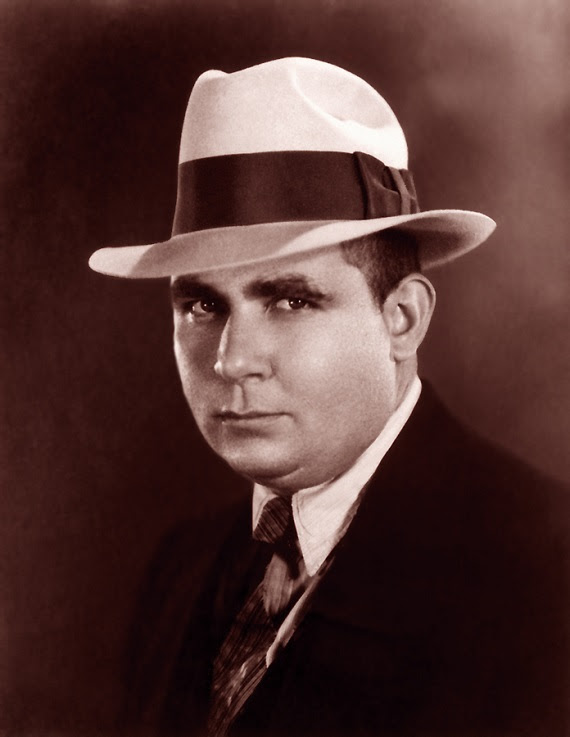 “The novelist with Christian concerns will find in modern life distortions which are repugnant to him, and his problem will be to make these appear as distortions to an audience which is used to seeing them as natural; and he may well be forced to take ever more violent means to get his vision across to this hostile audience. When you can assume that your audience holds the same beliefs you do, you can relax a little and use more normal ways of talking to it; when you have to assume that it does not, then you have to make your vision apparent by shock — to the hard of hearing you shout, and for the almost blind you draw large and startling figures.” Flannery O’Connor
The Southern Gothic tradition, as pioneered by such writers as William Faulkner and Carson McCullers, as well as O’Connor, is noted for its stinging indictment of modern life. Southern Gothic tales feature shocking violence and criminality committed by bizarre, larger-than-life characters clawing for survival in a society that has broken down. Magical and supernatural forces often intervene in unexpected ways.
This Southern literary form is one that Robert E. Howard, had he lived to see it, would have recognized and possibly enriched with his own contributions. Like fiction from the Southern Gothic tradition, Howard’s stories also arose out of the Southern experience, drawing upon the story-telling traditions of the region, and inspired by local tales of Indian wars and blood feuds. Unlike Southern Gothic tales, which take place in the South, Howard’s earthy, vivid, and heroic tales take place in a mythologized Europe. But like O’Connor, Howard penned memorable tales that also critique modern society in the context of standards and values that are distinctly Southern.
Unfortunately, many judge Howard’s Conan stories as escapist fiction. After all, they are populated with witches, sorcerers, vicious monsters, and scheming beauties. They are also highly entertaining, well-crafted, and bristling with energy. But there’s a dark, brooding worldview that emerges from these vivid tales of swordplay and magic.
Howard, a native Texan, is famous for his series of short stories and novels featuring Conan the Barbarian, a powerful and skilled brawler, pirate, mercenary, and finally, ruler of mythical Aquilonia. One of the real-life colorful characters who inspired the young writer was his maternal grandfather, six-foot-one, gray-eyed George Ervin. “Colonel” Ervin was a Confederate veteran born in North Carolina who was living in Mississippi when war broke out. Ervin possessed what Mary Boykin Chesnut famously described as “the red-hot Southern martial spirit.” As Howard scholar Damon C. Sasser observes:


Howard had a profound admiration for his grandfather’s exploits, a Confederate veteran, a man who “rode for four years with Bedford Forrest,” “was accounted the strongest man in his regiment and one of the strongest men in Forrest’s command. He could cleave a man from shoulder to waist with a single stroke of his saber,” [he] “loaned money, dealt some in cattle; he bought a sheep ranch, but, in the midst of a cattle country, with hired men running it, it was not a success. He wandered over into western New Mexico and worked a silver mine not far from the Arizona line” where “old chief Geronimo once stole a bunch of [his] horses.”

Howard’s grandfather not only lived an adventurous life, but tasted both success and tragic failure. In one of Howard’s finest Conan stories, Beyond the Black River, one can hear “Colonel” Ervin’s life story echoed in Conan’s comment, “I’ve been a mercenary captain, a corsair, a kozak, a penniless vagabond, a general — hell, I’ve been everything except a king, and I may be that, before I die.”
In addition to his larger-than-life grandfather, Howard also drew inspiration from his Anglo-Celtic heritage. Tales of Celtic warfare fired his imagination, and certainly planted the seeds of the future exploits of Conan and other characters. In a letter to fellow author H.P. Lovecraft, Howard wrote:


Books dealing on Scottish history were easier for me to obtain than those dealing with Irish history, so in my childhood I knew infinitely more about Scottish history and legendry than Irish. I had a distinct Scottish patriotism, and liked nothing better than reading about the Scotch and English wars. I enacted these wars in my games and galloped full tilt through the mesquite on a bare-backed racing mare, hewing right and left with a Mexican machete and slicing off cactus pears which I pretended were the heads of English knights.

Howard’s Conan stories portray a hero who is an honest, fierce, manly, and incorruptible barbarian who cannot comprehend the soft, cynical, self-doubting, and decadent city dwellers he often has to rescue.  Conan’s attitude toward “civilization” and “progress” reflected Howard’s own views, formed by Howard’s childhood in a series of oil boomtowns his family moved to within the first eleven years of his life. The frenetic and seedy climate of city life, bred from quick wealth and unbridled industrialism, led Howard to see all cities as hotbeds of enervating luxury, corruption, and degeneracy.
The heroes of the past, including his cowboy and ex-soldier grandfather, stood out in Howard’s mind as brave but lonely figures standing in defiance against the living death of a civilization in decline. In a 1931 letter to Lovecraft, Howard confessed that his imagination was an escape from the money-obsessed society he felt trapped in:


I have lived in the Southwest all my life, yet most of my dreams are laid in cold, giant lands of icy wastes and gloomy skies, and of wild, windswept fens and wilderness over which sweep great sea-winds, and which are inhabited by shock-headed savages with light fierce eyes. Always I am the barbarian, the skin-clad, tousle-haired, light-eyed wild man, armed with a rude axe or sword, fighting the elements and wild beasts, or grappling with armored hosts marching with the tread of civilized discipline, from fallow fruitful lands and walled cities. This is reflected in my writings, too, for when I begin a tale of old times, I always find myself instinctively arrayed on the side of the barbarian, against the powers of organized civilization.

Howard regarded the “powers of organized civilization” as flattening, ruthless, and tyrannical. In the foreword to Bran Mak Morn, Howard revealed himself as “an instinctive enemy of Rome,” and that his hero Bran Mak Morn, a fearless Pict chieftain, was “merely the symbol of my own antagonism toward the empire.” In Hour of the Dragon, Conan, having lost the throne of Aquilonia in a coup led by an evil sorcerer, rejects a supporter’s offer to return him to power by helping him conquer other lands:


“Let others dream imperial dreams. I but wish to hold what is mine. I have no desire to rule an empire welded together by blood and fire. It’s one thing to seize a throne with the aid of its subjects and rule them with their consent. It’s another to subjugate a foreign realm and rule it by fear.”

It’s easy to imagine Grandpa Ervin, who was once held as a prisoner of war by the invading Yankee army, agreeing with such sentiments.
Robert E. Howard harbored the Southerner’s respect for nature and the undying influence exerted by the land of one’s birth. In another lengthy and articulate letter to H.P. Lovecraft, Howard wrote:


Man is greatly molded by his surroundings. I believe, for instance, that the gloominess in my own nature can be partly traced to the surroundings of a locality in which I spent part of my baby-hood. It was a long, narrow valley, lonesome and isolated, up in the Palo Pinto hill country. It was very sparsely settled and its name, Dark Valley, was highly descriptive. So high were the ridges, so thick and tall the oak trees that it was shadowy even in the daytime, and at night it was as dark as a pine forest – and nothing is darker in this world. The creatures of the night whispered and called to one another, faint night-winds murmured through the leaves and now and then among the slightly waving branches could be glimpsed the gleam of a distant star. Surely, the silence, the brooding loneliness, the shadowy mysticism of that lonesome valley entered in some part into my vague-forming nature. At the mouth of the valley stood a deserted and decaying cabin in which a cold-blooded and midnight murder had taken place; owls called weirdly about its ruins in the moonlight, and bats flitted about it in the twilight.

Like his creator, Conan had only contempt for those who resorted to shady dealings and political intrigue to acquire what they wanted in life. Conan lived by a strict code of honor, even when stealing from the rich and powerful. Conan might commandeer a poor fisherman’s boat in an emergency, as he did in Hour of the Dragon, but made sure the man received “a helmet full of gold” in return. That code also required him to assist those in peril, even when doing so placed him in danger, which it did on numerous occasions. Most important, Conan remained loyal to those he considered his friends. Those who did not share his code he brusquely ignored; those who ran afoul of that code were dealt with accordingly. In Queen of the Black Coast, Conan tries patiently to explain to a judge why he could not testify against a comrade in arms. But a barbarian’s patience only goes so far:


“Well, last night in a tavern, a captain in the king’s guard offered violence to the sweetheart of a young soldier, who naturally ran him through. But it seems there is some cursed law against killing guardsmen, and the boy and his girl fled away. It was bruited about that I was seen with them, and so today I was haled into court, and a judge asked me where the lad had gone. I replied that since he was a friend of mine, I could not betray him. Then the court waxed wrath, and the judge talked a great deal about my duty to the state, and society, and other things I did not understand, and bade me tell where my friend had flown. By this time I was becoming wrathful myself, for I had explained my position.
“But I choked my ire and held my peace, and the judge squalled that I had shown contempt for the court, and that I should be hurled into a dungeon to rot until I betrayed my friend. So then, seeing they were all mad, I drew my sword and cleft the judge’s skull; then I cut my way out of the court, and seeing the high constable’s stallion tied near by, I rode for the wharfs, where I thought to find a ship bound for foreign parts.”

A natural aristocrat living, fighting, and enjoying life as best he could in a doomed world, Conan often reacted vigorously to attacks, whether on his person or his honor. In The Tower of the Elephant, Conan observed, “Civilized men are more discourteous than savages because they know they can be impolite without having their skulls split.” If they could have gotten their hands on the stories of Robert E. Howard’s rugged and proud hero, John Randolph and Preston Brooks would have approved.

M. C. Tuggle is a writer in Charlotte, North Carolina. His fantasy, sci-fi, and literary stories have been featured in Kzine, Bewildering Stories, Mystic Signals, Fabula Argentea, and Fiction 365. He has also published articles and opinion pieces in American Spectator, Taki's Magazine, and Lew Rockwell. More from Mike C. Tuggle

Posted by Conan the Cimmerian at 3:08 AM 2 comments: